Signs Your Metal Roof Will Soon Need To Be Replaced

Metal roofs are often praised for their long lifespans and their impervious nature. Indeed, a metal roof will last significantly longer than a roof made from shingles or shakes. However, metal roofs still don't last forever. Eventually, your metal roof will need to be replaced. So, how do you know that time has come? Here are the key signs you should at least have a roofer come take a look at the roof.

Most metal roofs these days are made from galvanized steel. The outer layer contains zinc and other metals that are impervious to rust. Eventually, however, this outer layer wears away and the underlying steel is directly exposed to the elements. It then starts rusting. Once rust appears on a roof, it will deteriorate rather quickly. So, have a roofer take a look. Even if your roof does not need to be replaced immediately, the roofer can tell you whether you're looking at a replacement in one, five, or ten years.

Metal roofs don't typically leak until something big goes wrong. A panel might have become unhooked from the fasteners, in which case the roof can often be repaired. Or, there may be rust that has worked its way through the roof, in which case you're probably due for a replacement. A leak is definitely a reason to contact a roofer and have them take a look.

When you look across the roofing panels, do you see any areas where they appear to be wavy or wrinkled? If so, this means something is amiss with your metal roof. The panels have weakened from rust, which allowed strong winds to ripple them. There's really no good way to straighten wrinkled panels. So, at least those panels that are wrinkled will need to be replaced.

If you notice any of the problems above, get in touch with a metal roof company sooner rather than later. It's best to have these problems taken care of before they turn into major water damage and missing roof panels.

For more information about a metal roof replacement, contact a local company. 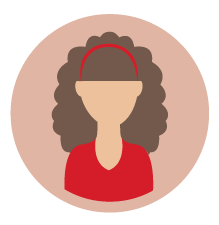 After struggling with the appearance and structural integrity of my home, I realized that I had to do something to make a difference. I realized that part of the issue had to be the roof, since the home had been in my family for years and nobody had ever addressed the roof before. I met with a roofing team to talk about the problem, and they were instrumental in helping me to get things sorted out. After a few renovations, things had really improved, and I felt like things were on the up and up. I wanted to start a blog that focused on finding roofing for your home, so check out this blog.

What Are The Common Causes Of Roof Leaks?
4 January 2023